Attached here is the enrollment data sheet Superintendent Landgaard passed out at a January 2018 school board meeting.  Our graph was built off of this data.

See the attached file here of some of Melcher’s slides that he presented to the Minnesota Association of School Boards conference on Thursday January 11, 2018. 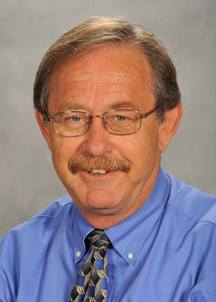 Mayor Kuhle has inserted the City of Worthington into #518’s push for a $68,500,000 new high school with this letter being distributed around Worthington. We wrote him this letter three weeks ago for clarification.  He has never responded.

For background information please see here where the Mayor, as employee of Marco company, lists “local school districts” as some of his important business clients on their company web page here.

Then look at page 36 of #518’s vendor ledger for Marco to find the $846,000 amount the district paid to them over the three previous fiscal years.

When Jeff Dehler of Dehler PR,  Lawrence, Indiana (metro Indianapolis), met with the ISD #518 school board to pitch his services, he reference his bond referendum campaign work at St. James ISD several times.  He team members in such school bond campaigns include Mary Pat McNeil of MP&G Marketing Solutions.  Apparently they invoice together and split the money later.  See his Indianapolis address here and his ‘team’ listed on his website here.

And you can see the invoice they issued to the the St. James ISD school board here.  Note that the large majority of it was invoiced well after their Election Day.  Please note that we placed the yellow highlighting on the invoice for emphasis and it was not on the original.  Thank you.

Please contribute your support with the most generous donation you  can afford.  And also add your name to our public committee list.  To help out please download this single page form.  After filling  it out please  drop it in the mail it to us.

This is the application for Review and Comment filed by ISD #518 on September 18, 2017 with the Minnesota Department of Education.  There is some interesting information in here but also a lot of fluff.  Also, keep in mind the MDE rarely gives a ‘negative’ review.   We will have more on this process in coming weeks.